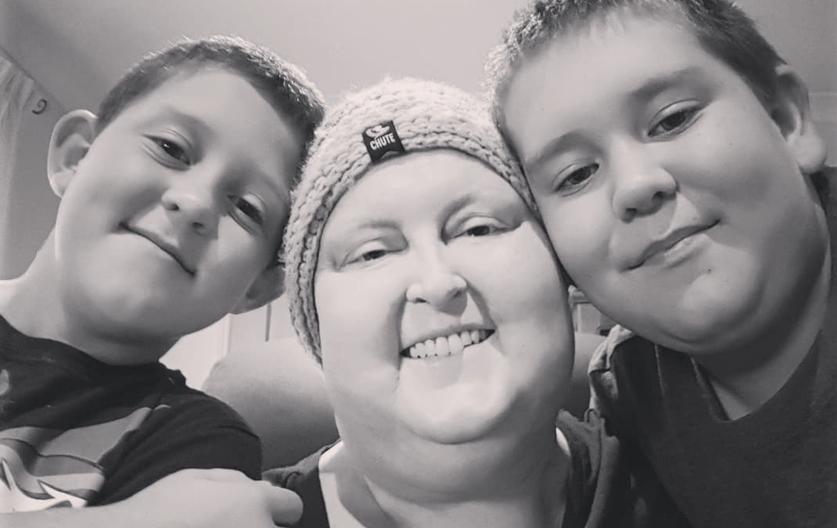 Kristine has spent nearly five years living with cancer, which she describes as a rollercoaster journey. Here, Kristine shares all the ups and downs of going through cancer treatment, which for her included a bone marrow/stem cell transplant, seven biopsies, over 100 blood and platelet transfusions, 52 bags of chemo plus chemo injections. CBHS has since supported Kristine to return home and helped her get mobile again. Despite all the hardship of the past few years, Kristine has never lost her sense of humour. Here is her inspiring story in full.

In February 2014, I had just celebrated my 40th birthday. I have three boys and at the time, they were 20, nine and six. My two grandchildren were just three and nine months. I had felt "off" for a couple of weeks, then people started commenting that I was pale and looked tired, which I put down to long hours training to be a chef. 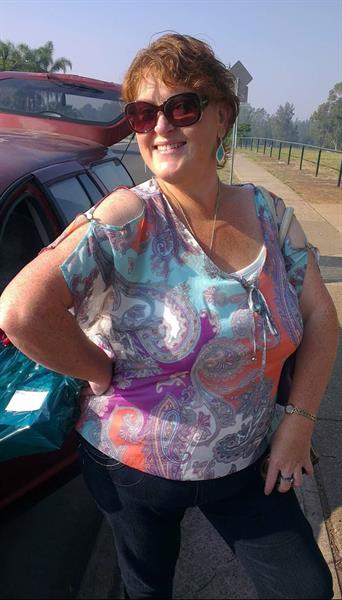 I went to visit my GP. He looked at me in the packed waiting room and called me in next even though it wasn't my turn. Before I had even sat down, he said, “You're anaemic and I'm doing a blood test.” I thought maybe I was a bit low in iron. That same Saturday afternoon, my GP called back and confirmed I was anaemic and that I needed a blood transfusion immediately. He contacted the hospital and sent me the results to take with me. I was taken in straight away, and all the usual poking and prodding began. That night I received three bags of blood and was transferred to a ward. On Sunday, I met with a haematology team telling me something was wrong with my blood and a bone marrow biopsy the next day would give us a definitive result.

At 10am I had the biopsy − which was very painful − and at 3pm, I swear 100 medical staff walked into my room. I knew it wasn't good and told them not to sugar-coat it. I wanted them to tell me what's going on, not my family. The doctor said, “You have leukaemia. AML - Acute Myeloid Leukaemia. A rare and aggressive cancer.” This started a roller coaster of a journey which I'm still riding five years later.

Within 48 hours, I had countless blood tests, x-rays, ECGs, and began the first of eight rounds of chemo. Amongst all the blood transfusions, chemo, and months spent in hospital, I had to stop my chef training and stop work. I had a lot of complications with ventral lines and ended up with blood clots several times.

By November, I was in remission and my central line was removed. I occasionally needed blood transfusions, but all was going well. 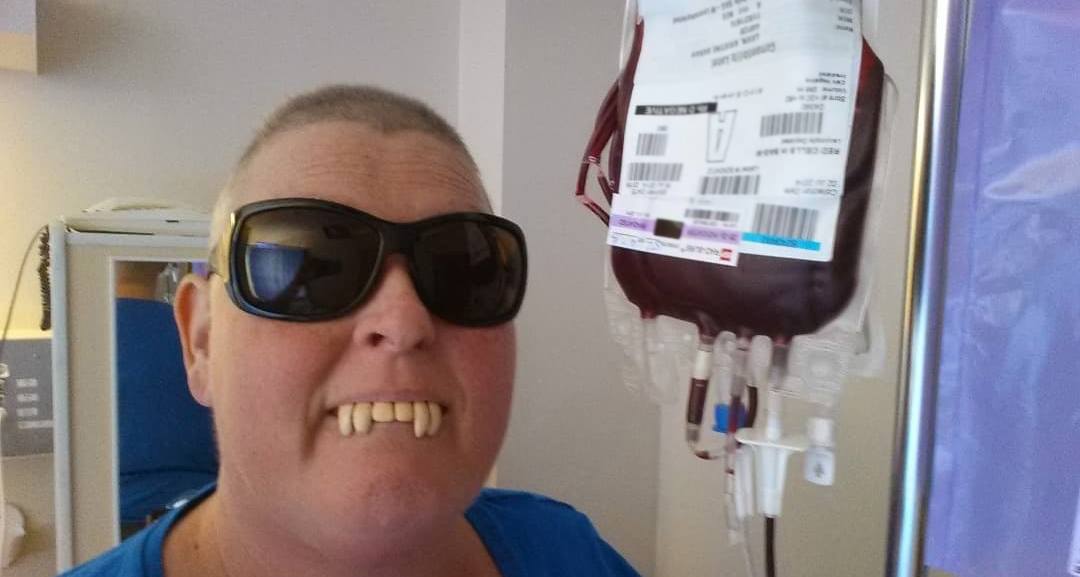 In July 2015, I was making plans to get back to TAFE and work when I had a niggling feeling. I went to my GP and asked him to humour me and do a full blood count. He said I was looking good − I had colour and my oxygen levels were fine, but he did the test anyway. I was out with girlfriends, again it was a Saturday, and the call came in. I knew it wasn’t good news as your GP does not ring at 7.30pm on a Saturday evening to say ‘hi’. He told me my bloods weren't good, and to go to hospital immediately.

It was déjà vu.

I had a bone marrow biopsy to confirm my worst fears, and yes, good old AML was back. Even my haematologist was visibly upset. Then came the news. I needed to go through chemo all over again to get me into remission, then my only chance for survival was a bone marrow/stem cell transplant.

One of my sisters was a full match, so we embarked on another enormous round of testing. I had to transfer from Nepean Hospital to Westmead, where transplants are performed.

They had to keep me in remission in order to have the transplant. The Westmead transplant team told me how unwell I actually was, and they had never seen or done a chemo regime as tough as mine. 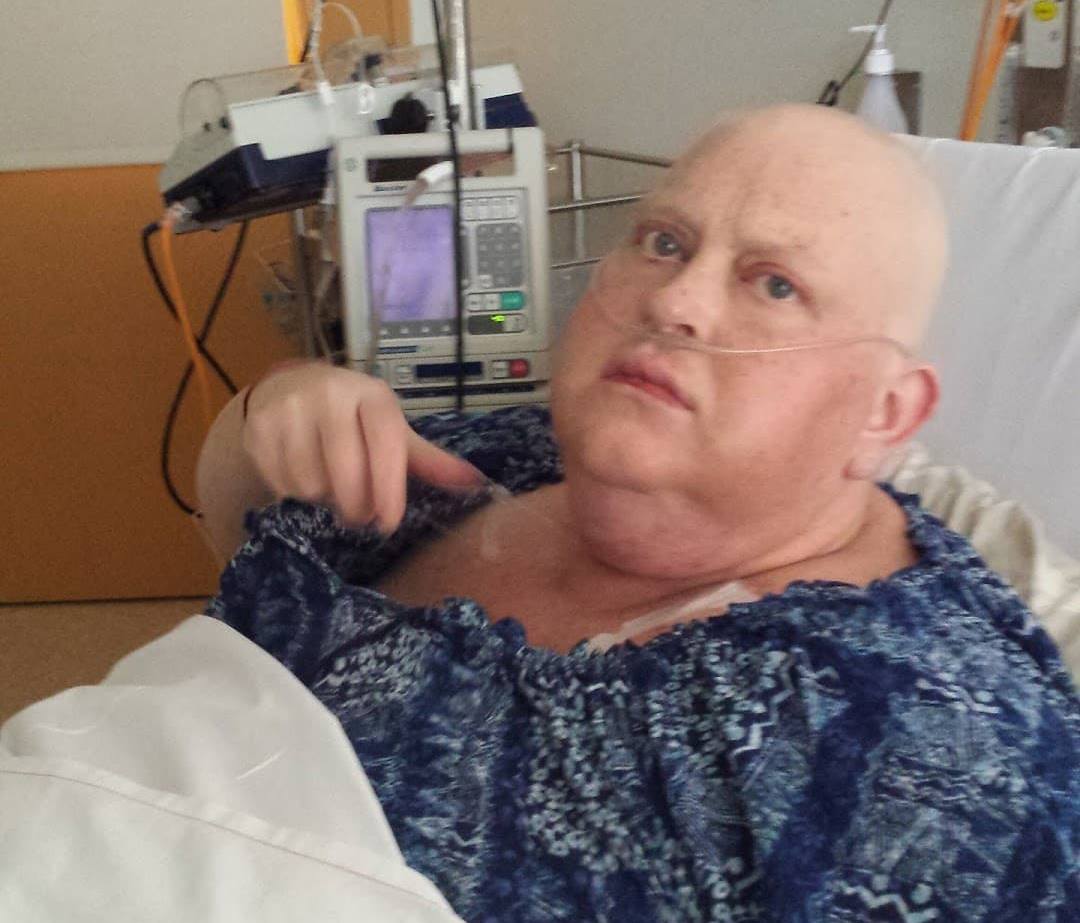 I was admitted on 9 November for nine days of conditioning therapy, to prepare my body for transplant. The actual infusion of my sister's cells was just like getting a blood transfusion − nothing exciting. Then came ‘day 3’ and beyond. My mouth was full of mucositis and ulcers, so I had to be tube fed, with my meds crushed and squeezed down my throat or through my nasogastric tube. I think I got to about day 15 without having much recollection of that time. I was highly medicated on fentanyl and ketamine. I know my kids were snuck in − as they don't let kids under 12 in the ward − to say goodbye. I wasn't coming home. After the two weeks, I woke up looking at the face of one of my doctors from Penrith. I think we both teared up. He had been watching me and waiting for me to wake up.

They gave me a few hours out on Christmas Day. My oldest son came to pick me up and we surprised the family. I also came home the week of New Year’s and I lasted about five days, then was back in for a check-up and re-admitted to the transplant ward because I was running a temp.

I had developed a condition called ‘c-diff’ (which is a form of colitis) and GVHD (graft vs host disease) where your body fights the new cells.

Eventually I got to go home the week of Easter 2016. Since then, I've had many ups and downs. My GVHD is chronic and is in my eyes, mouth, liver, lungs, kidneys and gut. I also now have an autoimmune disease called scleroderma. I was given a trial drug under compassionate grounds for my GVHD and scleroderma. After a few months, I injured myself and the trial drug caused an internal bleed. I was taken off this drug and my steroids were increased significantly. About two weeks later, I was back in hospital unable to walk with an infection from the internal bleed.

While healing, I started rehab to get my legs moving. We thought our best option was to go private, and I was transferred to a hospital Minchinbury. Literally as soon as I got into my room, CBHS rang me to see how I was, and told me about the additional support services that I didn't even know existed.

From July, I spent three weeks at Minchinbury, with a stint back in Westmead for the infection, then back to Minchinbury. By October 2018, I was home. Once I got home, CBHS contacted me and organised home help, physio, nursing, a dietician and a mental health nurse. It was fantastic and every single person was lovely and did their job well.

I had a few hiccups this year and CBHS did another wonderful job. I still have intravenous immunoglobulin infusions every four weeks, and with the GVHD we are trying new things to settle it down. 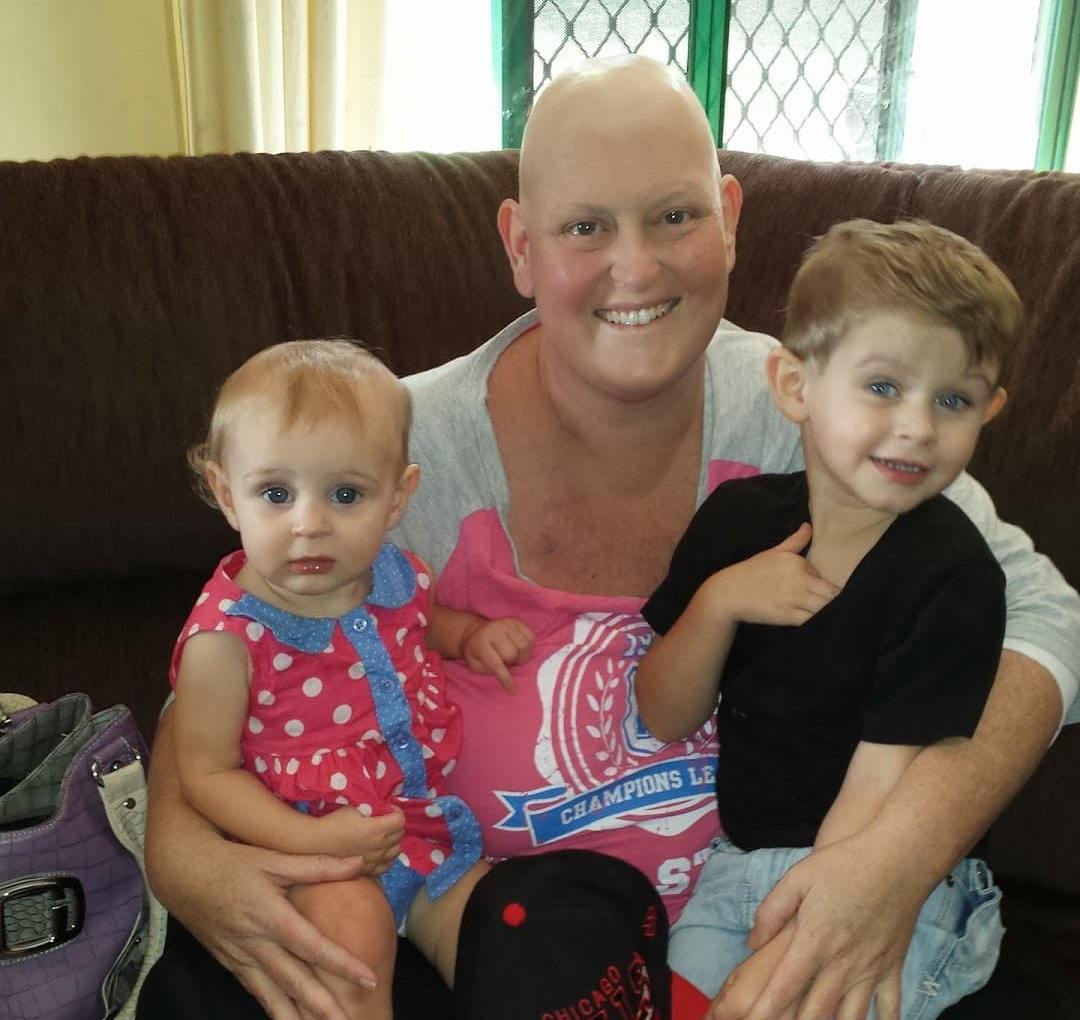 My beautiful mental health nurse that CBHS arranged has sent me a letter to say we had completed our sessions with a hand-written note telling me how amazing I am. This blew me away and made me cry happy tears.

My physio, Jenkin, was fantastic. It was like we were old friends. She made a huge difference to my mobility. I am now walking with some mobility aids but getting there. If I didn't have CBHS I doubt very much that I would be walking now.

If you’ve been diagnosed with cancer, we’re here to make things easier for you. CBHS Health Fund offers a Better Living program to maintain physical wellness and manage common side effects of treatments. You might also be able to access our Hospital Substitute Treatment program, in which health care professionals come to your home to give you the care, services and support you need.

Talk to our Wellness team on 1300 174 534 or email wellness@cbhs.com.au to learn more about these programs.