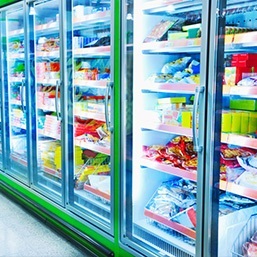 Frozen foods have had a bit of a bad rap over the years. Pulling a meal out of the freezer to feed the family is often the go-to for a lazy night in, or seen as the unhealthy alternative to cooking up a meal using only fresh ingredients. But is this really the case? Recently, more and more foods are being introduced into the freezer aisle, and many home cooks are now opting for frozen ingredients to help create meals for the whole family. Is fresh always better than frozen?

While many studies have shown that frozen vegetables can keep their nutritional value for longer compared to their fresh counterparts, some foods should just be kept fresh at all costs. We take a look at some of the most popular (and not so popular) frozen food options cropping up in your local stores, and determine if fresh or frozen is the better alternative. 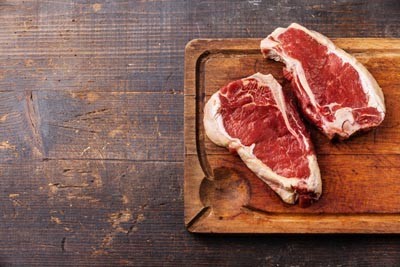 Probably one of the most common pieces of food we all store in the freezer, meat fares very well when frozen. However, red meat stays better in the freezer than white meat. White meat such as chicken and pork lacks high fat content, and therefore has higher water content. Water in the meat freezes and turns to crystals, which eventually alters the structure of the meat. This can then affect the flavour and taste, making some white meat cuts taste bland and watery. For best results, you should use frozen white meat within 6 months of freezing to avoid too much damage to the meat.

Red meat freezes quite well, however smaller cuts such as steak and minced meat may be more prone to freezer burn. This is due to the larger surface area of the cut. If possible, buy your red meat in bulk and freeze whole cuts instead of steak cuts. This isn’t always convenient, so if storing steaks in the freezer, wrap it in two layers of cling film before sealing in an airtight container to try and retain moisture in the cut. 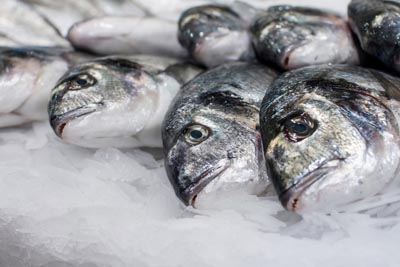 As soon as fish is pulled out of the seas it will start to decay. Therefore frozen fish effectively is a lot fresher than the “fresh” fish pieces you find at your local store or deli. These pieces of fish can sometimes be up to three weeks old. Frozen fish can also be cheaper, as it is easier to transport than fresh fish.

Frozen fish should be used within three months, as after this point the fish flesh, like white meat, may break down due to ice crystals forming. And just like red meat, larger pieces of fish will do better in the freezer than smaller cut pieces. Whole salmon freezes very well due to the fat under its skin, which reduces the ice crystals forming in and around the fish. Higher fat content seafood such as prawns, shrimp and other crustaceans freeze quite well and retain their flavour consistently.

Frozen fish pieces will work very well for homemade fish soup and fish pies, as it will cook in with other sauces and vegetables, and so if it breaks down during cooking it shouldn’t affect the end meal. 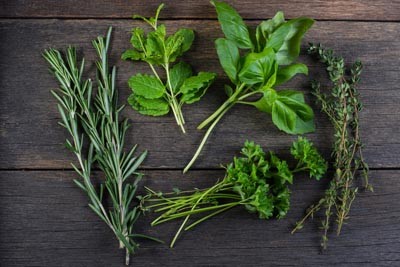 You can find a variety of herbs in the freezer section these days, however some really are best to be avoided. Herbs such as basil, mint, coriander, chives, sage and parsley do not do well once defrosted. They can become soggy and tasteless, making their delicate flavour non-existent.

Tougher herbs such as thyme and rosemary do slightly better if mixed with oil and frozen as a kind of marinade for meats upon defrosting. Some herbs freeze well, such as ginger, chilli and garlic. Be warned though - these herbs can often taste stronger than when they were fresh. Chillies don’t lose their heat, so if growing your own and find yourself in abundance of chillies, freezing them is a great option. 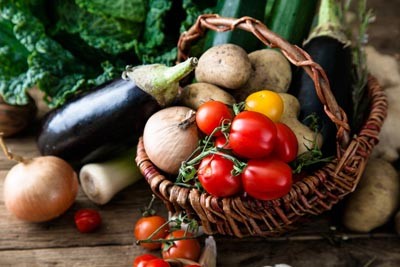 Vegetables have been seen in the freezer aisle for quite some time, and are a staple for many families. Because of the high water content in vegetables, they can sometimes be a little soggy to some people upon defrosting, as the water frozen inside the vegetables makes them softer than a fresh version. Boiling frozen vegetables may be a bit better, however this can deplete their nutritional value quite a bit.

Today, there are a few steam vegetables options you can purchase which use the water inside the vegetables. Microwaving the bags of vegetables uses the water within the vegetables to steam them, leaving them less soggy and more flavoursome. Frozen vegetables are also a really great option for meals that require some mixed vegetables such as pies and casseroles. 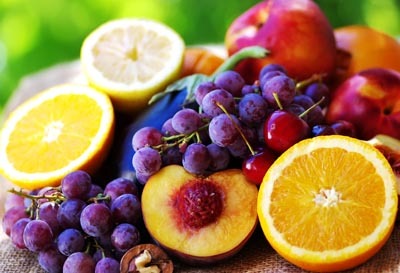 Many people are opting for frozen fruits instead of fresh as there are many choices now available. You are also not limited to seasonal fruits when purchasing frozen ones, for example if you enjoy mangoes you can eat them all year round if you wish! Another convenient aspect of frozen fruits is they’re often ready to use, being already peeled, diced, sliced and washed. This provides an easy way to make smoothies for those wanting a healthy treat.

Research has shown that anthocyanin flavonoid compounds in fruit that give them their colouring are well preserved during the freezing process. Antioxidants, vitamin C, and other nutrients are also kept intact when being frozen, which means frozen fruit is a truly great option.

Dairy rarely works well in the freezer. Butter and cream will generally only last two weeks frozen before turning sour and contaminated. Full cream milk goes slightly better, lasting a month in the freezer, and skim milk will freeze even longer as it has a lower fat content. Dairy requires a lower temperature to freeze than what your conventional home freezer can provide, so items such as cheese, double cream and butter never really freeze completely - hence why freezing isn’t a great option.

However grated cheese can be frozen, and works well if re-using it in dishes required to be cooked such as lasagne and pizzas, although it can dry out and lose its flavour after a few weeks.!