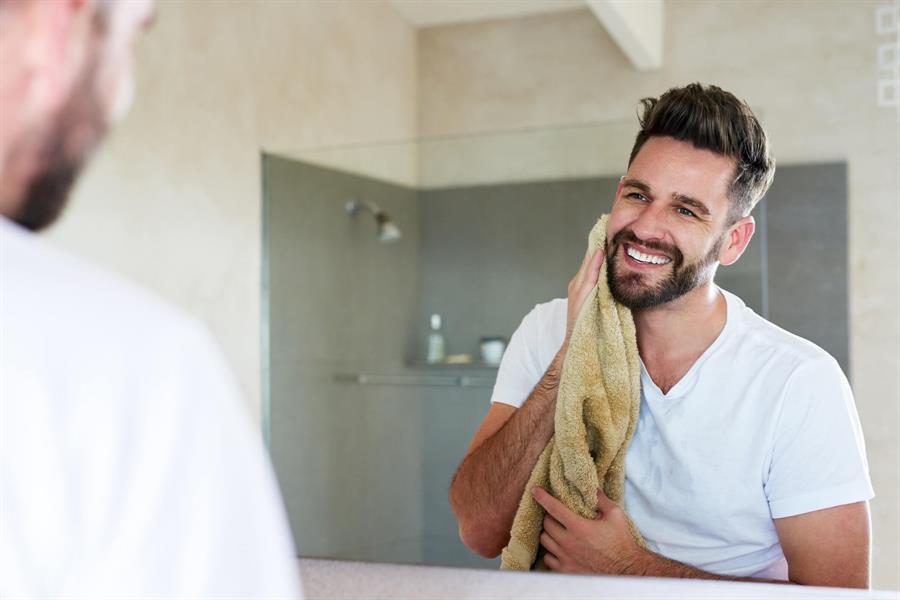 Pondering the evolution and science of hair reveals some intriguing insights. . .

Look closely enough and we actually are as as hairy as an ape.

To the naked eye, the human body appears virtually hairless compared to other primates but closer inspection tells a different story. Our bodies are covered with about 5 million hair follicles. That’s roughly the same density of hair as a chimpanzee, it’s just that the hairs are not as coarse.

“Hair is the second fastest growing tissue in the human body, after bone marrow.”

Anthropologists tell us that humans once had a protective coating of hair covering their entire bodies which helped to regulate body temperature and protect skin from the sun. According to evolutionary biologist Darren Curnoe of the University of New South Wales, scientists believe our body hair grew shorter as we evolved from walking on all fours, to standing, keeping our bodies cool while running in pursuit of food.

So what purpose does our hair serve?

Our body hair still plays a part in regulating body temperature. Ever wondered what goosebumps are? These occur when tiny muscles around the hair follicle cause the hairs to stand up and trap more heat near the body, in response to cold.

The hair on our head insulates the only part of our body where layers of fat are absent, providing protection from the sun while preserving body heat. Studies have shown that even facial hair (moustaches and beards) awards some protection from ultra violet radiation.

Other research findings imply that beards may play a part in complex facial communication, signalling status and aggressiveness. Female participants tended to perceive bearded faces as older and ascribe higher social status to them than they did when the same men had clean shaven faces. Images of men displaying aggressive facial expressions were also rated as more aggressive when beards were present.

Nasal hair plays a less ambiguous role in our wellbeing. There are two types of nose hair which work together to protect us. The ones you might feel tempted to trim are called vibrissae. These act like a strainer, preventing harmful particles from entering the body where they can cause an infection which may pass to the brain. Deep in our noses are microscopic cilia which are responsible for moving mucus away from your lungs, to the back of the throat where it can be coughed out.

All body hair is connected to touch receptors in the skin which some researchers believe make it vital to our tactile perception. A recent study compared the ability of participants with and without arm hair, to detect ectoparasites, or bed bugs. Results showed that those with body hair were more likely to pick up on the presence of bugs.

What’s the story with beards and baldness?

Men grow beards because hair follicles respond aggressively to testosterone, which men tend to be abundant in. Hormones called androgens, which are present in both sexes, stimulate body hair (known as vellus hair) to darken and coarsen. Men have higher levels of androgens than women, so their body hair tends to be more prolific.

While it’s hormones that stimulate facial hair growth, genetics determine how thick and dark a man’s facial hair will be, so a fine goatee may be seen as something of an ancestral asset.

Some correlation has been drawn between the prevalence of beards and political uncertainty, according to Professor Rob Brooks from The University of New South Wales who says  "When the economy tanks, beards go up".

The most common form of hair loss for men is known as male pattern baldness, brought about by a combination of genetic factors and hormonal changes with age. A male hormone called dihydrotestosterone which gives males such characteristics as a deep voice and muscle mass, is shown to cause old hairs on the scalp to be replaced by progressively shorter and thinner hairs, beginning at the temples and crown of the head.

The bottom line is, though we may be more preoccupied with how to do away with it than what it’s doing for us, body hair serves some important functions for our anatomy.

Ask evolution: Why do men have beards? | SBS Science

Why Do Men Have Facial Hair but Women Don't? | Live Science