World AIDS Day (December 1st) raises awareness around the world about the issues surrounding HIV and AIDS. People join together to show their support for people living with HIV and AIDS and to remember those who have died from the illness. HIV (human immunodeficiency virus) and AIDS (acquired immunodeficiency syndrome) has been shrouded in myths and misconceptions for years, and what you think you might know could be entirely different from reality.

Myth 1: HIV and AIDS are the same thing

FACT: The difference between having an HIV infection and being given a diagnosis of AIDS is related to the presence of certain types of infections and cancers. Not all people with HIV have AIDS. An early diagnosis of HIV can prevent the progression to AIDS and reduce the chance of spreading to others with the right treatment.

Essentially, HIV is a virus, while AIDS is a condition brought about by HIV. AIDS is therefore the final stages of the HIV infection, and not everyone will advance to this stage.

Myth 2: HIV is no longer a global public health issue 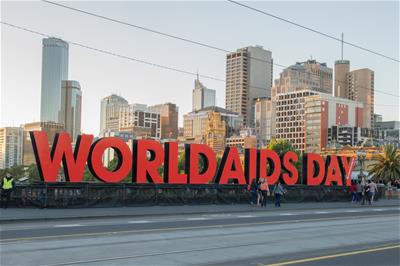 FACT: HIV continues to be a MAJOR global public health issue, having claimed more than 34 million lives so far. In 2014, 1.2 million people died from HIV-related causes globally. The number of people diagnosed with HIV in Australia remains at 20-year highs.

HIV rates have been steadily rising in Australia since 1999, and more than 26,000 Australians are now living with the virus. Around 30% of these cases are diagnosed too far along in their disease, meaning their immune systems have already sustained significant damage.

Myth 3: HIV is a virus, so it can eventually be cleared by your immune system

FACT: HIV is a lot like other viruses, including those that cause the “flu” or the common cold. But there is an important difference - over time, your immune system can clear most viruses. With HIV, the immune system can’t seem to get rid of it. Once you have HIV, you’ve got it for life. HIV attacks a key part of the immune system - your T-cells or CD4 cells. Your body has to have these cells to fight infections and diseases, but HIV invades them, uses them to make more copies of itself, and then destroys them. Over time, so many of your cells can be destroyed that your body becomes incapable of fighting disease and infection. This is when AIDS may be contracted.

Myth 4: HIV can be contracted simply by being around someone who’s HIV-positive

FACT: Evidence shows that HIV is not spread through touch, tears, sweat or saliva. You cannot “catch” HIV by:

You can, however, contract HIV from infected blood, semen, vaginal fluid, rectal mucus, pre-ejaculation, or a mother’s milk. The Kirby Institute data shows  that in Australia 85% of people infected from 2009-2013 were men who have sex with men (MSM), while heterosexual contact accounted for 9% and injecting drug use 1%.

Myth 5: HIV can be passed from mosquitos

FACT: Because HIV is spread through blood, many people presume that biting or bloodsucking insects can pass on the virus. There is very little evidence to support this, however, as when insects bite, they do not inject the blood of the person or animal they’re carrying. Plus, the HIV virus lives for only a short time inside an insect.

Myth 6: HIV isn’t a big concern thanks to new drugs that make living with it easy

FACT: Antiretroviral drugs are improving and extending the lives of many people who are HIV-positive, and as long as you manage it well, new one-pill-a-day drugs can help you to live a long and healthy life. But, many of these drugs are expensive and produce serious side effects. Mild side effects include an upset stomach and diarrhoea, while the long-term risks include cholesterol problems and weakened bones.

Myth 7: I’m straight and I don’t do drugs, therefore I can’t get HIV

Myth 8: Australian law states you must disclose your HIV status before having sex

FACT: Each Australian State and Territory has different laws surrounding HIV and AIDS transmission. Many believe that the main effect of laws which criminalise HIV transmission was to further stigmatise those living with HIV, and the Victorian Government has recently made the move to repeal section 19A of the Crimes Act, which sends anyone that deliberately infects someone with HIV to prison for up to 25 years. The government hopes the removal of the law will reduce stigma and the barrier that prevents people from declaring their HIV status. 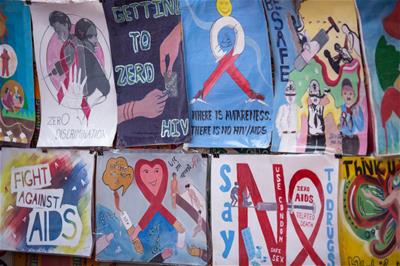 FACT: Australia was one of the first countries to start testing their donated blood for strains of the HIV infection. All donated blood is tested thoroughly and carries no risk of contamination. Blood donations that test positive for HIV are safely discarded and do not enter the Australian blood supply.

Myth 10: HIV is a death sentence

FACT: In the 1980s and early 1990s, little was known about HIV and how to treat it. With no treatment available, the AIDS death rate was high and panic set in. HIV is still associated with the Grim Reaper advertisement of 1987, which came to symbolise HIV/AIDS in Australia.

Today, more than 30 HIV medications are available and many more are in development. HIV and AIDS are not death sentences, and those living with it can lead long and happy lives.

Myth 11: Women who are HIV-positive can’t have children

FACT: While it’s true that HIV can be transmitted from mother to child, many women go on to have happy, healthy children. Women with HIV should talk with an HIV specialist doctor before falling pregnant, as medical support can greatly reduce the risk of passing HIV to unborn children. In fact, with the right care, the risk can be lowered to under 1%. However, newborns of mothers with HIV must be formula fed, as there is a high risk of transmission via breast milk.

FACT: HIV infection can happen to anyone, with many societal factors being involved. While there are links to the poverty line, education, access to quality health care, geographical location, sexual orientation and race, any person can contract HIV. No matter your situation, you should take steps to protect yourself.

If you would to get involved and show your support for World Aids Day, please visit, http://www.redribbonappeal.org.au/

All information in this article is intended for general information purposes only. Information should not be considered medical advice and is in no way intended to replace a consultation with a qualified medical practitioner. CBHS endeavours to provide independent and complete information, and content may include information regarding services, products and procedures not covered by CBHS Health Cover policies. For full terms, click here.