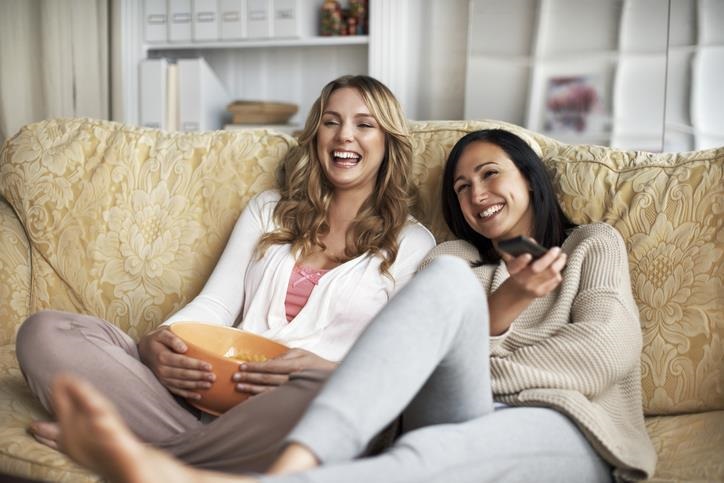 Women are more likely than men to experience blood and metabolic disorders, neurological conditions and musculoskeletal conditions, and the most common disease they develop is coronary heart disease, followed by dementia.

The risk of contracting breast cancer rises with age. About three out of four breast cancer cases occur in women over the age of 50.

Certain genetic factors can also increase the risk, such as a close family history of breast cancer, breast density, a genetic mutation or if a woman goes through menopause later than the average.

Lifestyle is also linked to an increased risk of developing breast cancer.

Any of these symptoms could indicate breast cancer. You should see your doctor if you spot any of the following:

The vast majority (90%) of lumps found in the breast are not cancerous.

You should check your breasts thoroughly once a month, using the pads of your fingers to make small circles over the whole breast area, including under the armpits.

The National Breast Cancer Foundation has useful tips on how to perform a thorough breast examination.

Regular screening through mammograms can detect the early stages of breast cancer and make successful treatment more likely. The Cancer Council of Australia recommends women between the ages of 50 and 74 (which is when most breast cancers occur) have a mammogram every two years. Breast cancer can also be detected with MRI, ultrasound and biopsies.

Keep a look out for any changes in your own breasts. If you find a lump or any other sign that could indicate breast cancer, speak to your doctor.

Treatment options vary depending on the type of cancer detected.

Women are more likely to develop Alzheimer’s disease than men. Scientists aren’t sure why, although recent research has identified differences in the way tau - a protein associated with cognitive impairment - spreads through the brains of men and women.

Almost half a million Australians live with dementia, and Alzheimer’s disease is the most common form of dementia. It causes problems with memory, behaviour and the way our brains process thought.

There are over 100 different conditions that can cause dementia. They include:

How to reduce your risk

The most common disease amongst women is coronary heart disease.

If you smoke or have uncontrolled diabetes, it could increase your risk of developing heart disease. Gestational diabetes and preeclampsia during pregnancy can also increase the risk of heart disease later in life. If you’ve had any of these conditions, tell your doctor so they can monitor your heart health.

Endometriosis is a painful, chronic condition that happens when uterine cells grow outside the uterus. It occurs most often in the pelvis. Endometriosis can’t be prevented, and women with a close relative with endometriosis are ten times more likely to develop it. Endometriosis can affect a woman’s reproductive organs and even cause infertility.

Depending on the severity of symptoms, treatment could involve surgery, pain-relief and hormone-based medication or implants. In severe cases, a hysterectomy to remove the uterus might be required.

Around six percent of women have osteoporosis, compared with 1.5 percent of men. Women aged 75 and over are three times more likely than men to have osteoporosis. Osteoporosis is diagnosed when bones lose their strength and density, breaking more easily following a minor bump or fall. The disease itself isn’t painful, although fractures can be.

Osteoporosis carries significant health risks, and has few, if any, obvious symptoms. Often the only sign you have osteoporosis is when you break a bone. Osteoporosis can’t be cured but it can be treated and prevented.

You can reduce your risk of developing osteoporosis by doing certain types of exercise and making sure you have enough calcium and Vitamin D.

Cervical cancer often has no symptoms in the early stages of the disease. It develops in the entrance to the uterus from the vagina (cervix).

Cervical cancer is caused by infection with human papillomavirus (HPV). Four out of five sexually active people will have HPV at some point in their lives, and it usually clears up by itself. It’s rare for HPV to lead to cervical cancer. Symptoms include vaginal bleeding (usually after sex), pain when passing urine or during sex and an unpleasant smelling vaginal discharge.

Early detection is the best form of prevention. Australian high school students are offered a free vaccine against HPV, and women aged 25-74 should have a cervical screening test every five years. These have replaced the old ‘pap’ smear tests which were recommended every two years.

Ovarian cancer occurs most often in women over the age of 50 who have been through the menopause, but it can affect women of any age.

The symptoms include persistent abdominal bloating, pain in the lower stomach and pelvis, unexplained weight loss or gain, indigestion, fatigue, nausea, bleeding in-between periods or after menopause, appetite loss and pain during sex.

If you have any concerns or symptoms that persist, see your doctor

Certain diseases and medical conditions may require surgery to remove the uterus (hysterectomy). In some cases, the cervix is also removed.

Hysterectomy may be recommended if you have:

It’s no longer possible to fall pregnant once you’ve had a hysterectomy.

‘Early’ menopause is anything earlier than the ‘expected’ age of around 50.

You can still get pregnant during the menopause. Health professionals recommend using contraception for at least 12 months after your last period if you’re 50 and for two years if you’re under 50.

Most women experience some symptoms of menopause for between five and ten years.

Symptoms of menopause include:

See your doctor if your symptoms are bothering you, or if they include heavy or more frequent periods.

Menopausal Hormone Therapy (MHT, also known as Hormone Replacement Therapy or HRT) controls menopausal symptoms and is considered safe for most women in their fifties to use for the first ten years after the onset of symptoms.

MHT can be administered as tablets, patches, gels or vaginal oestrogen therapy. The health benefits and possible health risks are outlined by the Australian Menopause Society.

Around one in six Australian women will experience depression at some time in their lives. Anxiety is even more common, affecting one in three women in their lifetime.

Some of the situations that could increase the risk include:

Know the signs and symptoms

Some of the symptoms of depression can include:

The following practices could help reduce your risk:

How does the health of women and men compare?

We have developed a full guide to pregnancy and birth which you might find useful if you’re planning a family or expecting a new addition.